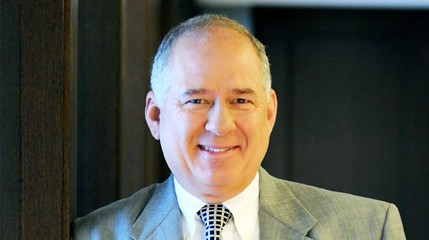 Richard has been a partner at Schwebel Goetz & Sieben since 1991. He was born and raised in Minneapolis, Minnesota. Richard graduated from William Mitchell College of Law in 1986, and the same year joined Schwebel, Goetz & Sieben. Today, he is certified by the National Board of Trial Advocacy and is also recognized as a MN State Board Certified Civil Trial Specialist.

In 1997, Richard also was appointed by the Minnesota Supreme Court to serve on the No-Fault Standing Committee.

Richard has represented and fought for thousands of clients in a variety of personal injury cases. His efforts have resulted in numerous multi-million dollar awards and settlements on behalf of his clients. Richard understands the problems that accident victims face, physically, emotionally and economically – and he works hard to ease those strains.

Richard has been given the rank of “Super Lawyer” by Minneapolis/St. Paul Magazine every year since 1997. He has also been included as one of the “Top 40 Personal Injury Lawyers in Minnesota” by Minnesota Law & Politics since 2003 and in “The Best Lawyers in America” by Woodward/White from 2005 to the present.

He has been invited to speak at numerous seminars to train both plaintiff and defense attorneys on topics such as insurance coverage, no-fault law, settlement evaluations and trial tactics.

Richard takes a great deal of pride representing his clients, and service has always been the hallmark of his practice. He feels there is no greater compliment paid to a trial lawyer than to get a referral and be asked to represent someone in a time of need.

Since childhood, I have enjoyed playing a part in people’s lives where I am in a position of helping them. I started my legal career as an investigator working with numerous law firms. Not only did I enjoy meeting new people and finding the right lawyer for their particular problem, this was an introduction to the law that showed how much help one can be to those in need.

After twelve years, I found that I had done all I could and needed to expand my education if I were to continue helping those who are in need. This was what directed me to pursuing my legal education. I believed that with a law degree, I could do so much more.

Every client’s case and their life situations are unique. While many may think their injury is not that big of a deal, to the injured it may have completely changed their entire life. For some, it is a person’s first encounter with a lawyer. I try to make them as comfortable as possible while still giving legal information that is easy to comprehend. I enjoy the ability to work on a client’s case from start to finish and find it exciting when I made a difference in someone’s life through great representation. There is nothing better in life than hearing a heartfelt “Thank You” after helping a client through a difficult and stressful situation.

“Richard Tousignant went above and beyond our expectations in resolving my grandparents case and settlement. Richard made us feel secure and positive through the whole process and kept fighting for my grandparents! Thank you Richard for your great work and help, and just making a scary and dreadful situation have such a positive outcome.” – Zure Garcia Tapia

I look forward to continuing to help people in the future at a time when they need it the most.