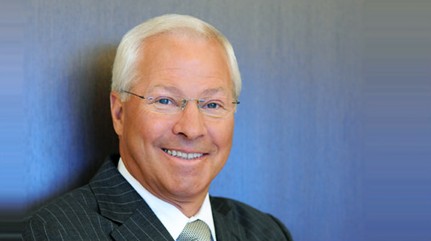 Bill began his legal career on the White House staff of then Vice-President Walter Mondale. Since then, Bill has received record setting verdicts in Minnesota and has handled over 50 multi-million-dollar cases arising from car accidents, plane crashes, semi-trailer collisions, defective products, wrongful death, and class and mass actions.

Outside of his law career, Bill and his wife Joyce are very active in the community. He served on the Regina Hospital Foundation for nine years. Bill and his wife also endowed the Kim Middendorf Courage Scholarship at William Mitchell College of Law – a scholarship for law students with disabilities. Kim was a client of Bill’s who was critically injured in a construction accident. Despite her severe injuries, Kim went on to graduate at the top of her class and is now a judge.

Bill has served the Minnesota Association of Justice (MAJ) for over 30 years as a past President and Treasurer of its political action committee. He has also served as the President of the Minnesota Chapter of the American Board of Trial Advocates and as a National Board Representative since 2001. Bill Sieben served as President of the Douglas K. Amdahl Inn of Court, 1998-1999, and served as National President of the ABOTA Foundation (2013). In 2009, Bill was appointed by Governor Dayton to serve on his Judicial Selection Commission. Bill participated in the appointments of 182 District Court, Court of Appeals and Supreme Court judges.

Bill and Joyce Sieben have three children; Kevin who is a criminal lawyer, Ali who practices at Schwebel, Goetz & Sieben, and Patrick, a Las Vegas based Emmy winning musician who performs regularly on the Vegas strip and around the world for corporate and community events.