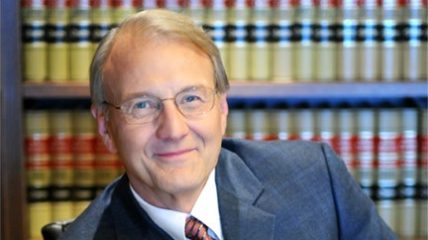 Paul Godlewski, a native of Minneapolis, knew long before he went to law school that he wanted to be a personal injury trial lawyer. Even before graduating from the North Dakota School of Law in 1973, Paul volunteered at the Legal Aid Clinic and worked with the Public Defender’s Office. While in law school, Paul was appointed to the Board of Editors of the North Dakota Law Review and had two legal researched articles accepted for publication. Soon after graduation, he began his courtroom career by trying cases assigned through the public defender system, as well as representing people injured in automobile accidents.

Today Paul’s practice is dedicated to representing the injured victims of automobile collisions, defective products, and poorly constructed or maintained premises. His clients include surviving family members who have suffered the wrongful death of a loved one. He represents clients from Minnesota in both State and Federal Court, bringing negligence claims for all types of injuries, minor to catastrophic, including traumatic brain injury, disfigurement, loss of limbs, paralysis, and death. Paul has also represented accident victims in many other state and federal courts.

In addition to obtaining fair compensation for his clients, Paul has helped advance the rights of injured people through his involvement in precedent setting cases in the areas of underinsured motorist coverage and products liability. One of his jury trials helped expand the law protecting unsuspecting consumers by requiring that manufacturers of defective products warn the public after the product is on the market.

Paul has seen that continued learning and shared information helps both his clients and all the injured people, and he generously shares his experience and expertise with others. He has been a long-term active participant in the Minnesota Trial Lawyers Association. Paul is frequently invited to speak at seminars for lawyers and other professionals in Minnesota and other states on topics including personal injury, products liability, wrongful death, disfigurement, traumatic brain injuries, paralysis, and jury trial courtroom tactics and techniques. He has published numerous articles for seminars and legal periodicals, and has authored chapters on specific injury-related topics. Paul has been an invited speaker with the 1998 National Convention of American Trial Lawyers Association and the National College of Advocacy.

Brain Injury Association of Minnesota, Board of Directors (2006-2007)

While discerning my career options in undergraduate studies, I focused early on law school with a strong desire to be a trial lawyer.  I took a class in English and Speech.  In my first speech, I discussed the US Supreme Court decision in Brown v Board Of Education of Topeka 347 U.S. 483 (1954).  I persuaded a local attorney in town to let me use his law office library to research and prepare for this speech.

The US Supreme Court in the Brown decision ruled that state laws establishing racial segregation in public schools are unconstitutional, even if the segregated schools are otherwise equal in quality.  The unanimous decision held separate educational facilities are inherently unequal and violate the Equal Protection Clause of the Fourteenth Amendment of the US Constitution.  The Court ordered all states to desegregate.  It took a second appeal in Brown II 349 U.S. 294 (1955) to require every state to desegregate with all due speed.  When I gave my speech, 15 years later, I pointed out the current trend was not in compliance with this order.  Segregation was still a huge social and racially biased problem.

I found myself strongly compelled to become a trial lawyer and get involved in the representation of individuals and their legal rights.  In my first semester of law school, I was fascinated with what I studied in Tort Law.  The issued of foreseeability, duties, breach of duties and causation, particularly in the area of product liability, focused my professional goal to be a personal injury trial lawyer.

I was able to get hired right out of law school by a small law firm.  I knew the chances of getting into a courtroom would come much sooner than in a larger firm.  I was trying cases in my first year of practicing law – and have never looked back.  Over the 47 years of trying cases, I have been fortunate to be involved in many landmark jury verdicts and appellate court decisions.  I have been privileged to help many injury victims and families who lost a loved one due to the negligence of others achieve a just result when confronted with the economic losses caused by injuries and death.

The professional relationship of a trial lawyer and client grows during the course of 2-3 years of developing the cases and sometimes much longer with appeals.  As this relationship unfolds, I work with my clients as they overcome what seems like impossible odds of emotional and economic harms and losses.  Their resilience and recovery to the best of their remaining abilities is rewarding and motiving for me.  And a very special gift of the profession I chose while in undergraduate studies.

I am told if you enjoy what you do, you do not work a day in your life.  I am blessed with a profession I enjoy and find this is true.