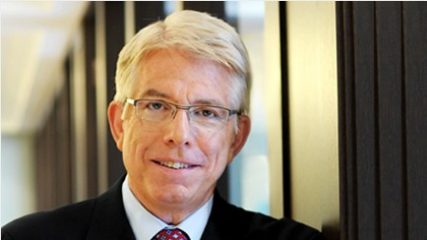 Max Hacker was born and raised on a small farm in Fort Branch, Indiana. Upon graduation at Purdue University in 1973, his professional path took a sharp turn after he earned his psychology degree.

Max was one of ten students invited into the top-rated University of Minnesota Clinical Psychology Ph.D. program. He eventually changed directions and began studying law. Max graduated from the University of Minnesota Law School in 1980, and the same year joined Schwebel, Goetz & Sieben. He has practiced exclusively in personal injury law ever since.

He finds that his background of working closely with doctors helps him understand the medical and psychological aspects that accident victims face. In light of his educational background, he takes a special interest in cases involving head injuries.

During his career, Max has successfully represented thousands of accident victims and families of wrongful death actions involving both children and adults. He represented a mother and her pregnant daughter who were injured by a careless truck driver. The unborn baby died and both mother and daughter suffered brain injuries as a result of the accident. The case resulted in the recovery of $1,800.000.00. Max also obtained a settlement of $1,100,000.00 for a young woman who was hurt when a semi truck on a curve tipped over onto her vehicle.