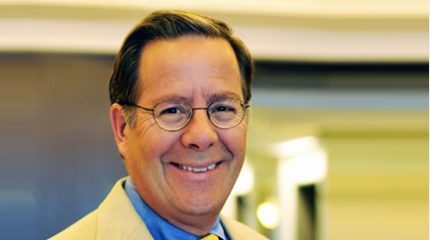 Since 1977, Peter has dedicated himself exclusively to representing persons who have suffered serious injury or the death of family member. When he began practice in 1977, the first case which he worked on was representing families of two of the men who died in the sinking of the ore freighter Edmund Fitzgerald. Inspired by the success of that case, he has gone on to obtain many substantial settlements and verdicts. He recovered over $1,000,000 for a young woman struck and severely injured by an uninsured motorist, over $225,000 for a young man whose hand was injured by a farm auger, as well as over $11,000,000 for a young woman severely injured in a car crash. He recovered a verdict of $450,000 for a victim of medical malpractice, and over $1,000,000 for the family of a man killed in a boat collision, as well as over $1,100,000 for the family of a construction worker killed in a building collapse. More recently he recovered over $8,000,000 for a family injured in a collision in a highway construction zone.

Peter has been widely recognized for his abilities and skills as a trial lawyer. He has been awarded the “AV” rating by the nationally recognized Martindale – Hubbell Law Directory – this is the highest rating achievable for legal ability and for faithful adherence to ethical standards, professional reliability, and diligence. He has also been named a Leading Minnesota Attorney and “Super Lawyer” in handling personal injury claims. In 2017, Peter received the award for personal injury attorney of the year by Best Lawyers in America©. In addition, he has been elected to the American Board of Trial Advocates (ABOTA), an invitation-only organization of skilled and experienced trial lawyers and served as president of the Minnesota chapter in 2007. He has been elected a Trustee of the ABOTA Foundation, named to its National Executive Committee, and awarded the Masters in Trial Award. Peter has since been elected Vice-President of the foundation and in 2020 will be serving as President.

Peter is listed in the book “Best Lawyers in America” by Woodward/White in the area of Personal Injury practice, and was named an Attorney of the Year in 2004 by the Minnesota Lawyer newspaper. He has been a member of the Minnesota Association for Justice since 1977 and served as its president in 2004.

“The individuals and families I represent are facing difficult challenges in recovering from their injuries or the loss of a loved one. In addition, the insurance companies and corporations responsible for compensating the injury victims I represent are powerful and represented by skilled lawyers. It is an honor to be asked to represent individuals and family members and to level the playing field so that my clients are fully and fairly compensated for their losses.”

I knew I wanted to be a trial lawyer when I graduated from law school in 1977-the challenge of representing individuals against insurance companies and corporations appealed to my inherent sense of fairness.

The very first case I worked on was the sinking of the ore carrier Edmund Fitzgerald.  Within a few months of graduation found myself in Federal Court seeking justice for the families of two of the men who died in that tragedy.  Along with one of my firm’s senior partners, we were able through the lawsuit to bring to discover facts that had not been known about the cause of that sinking and to obtain a recovery to help support the surviving family members.

Since that time, I have been honored to represent thousands of individuals who have been injured and the families of many who have died as a result of negligence in car crashes, medical care, and sale of defective products.  I have learned that corporations and insurance companies are inevitably willing to spend whatever it takes to try to escape responsibility, and I feel fortunate to practice with a firm able to dedicate whatever resources are necessary to vindicate the rights of our clients.  It is also a tremendous advantage to have the skills, talents, and knowledge of my colleagues at Schwebel, Goetz & Sieben to help create strategies and techniques for winning cases.