View All Testimonial Videos »
"I just wanted to drop you a line to thank you for taking on my case and for doing such a wonderful job. I won't hesitate to refer you to any of my friends or family.
- Kathy Cormican, Alexandria
"I want to express my sincere gratitude to you and your staff for all the time, patience and expertise you devoted to my case. I am grateful for the excellent outcome.
- Mandy Lange, Golden Valley
"I was very comfortable having you there on my side, and I would like to commend you for your expert legal assistance and what I felt was genuine concern.
- Ken Garden, Minneapolis
"Just a brief note to thank you for processing my case so fast and efficiently. I was going to come and thank you personally, but my schedule just didn't work out.
- Janet Sadowskai, Milwaukee
"I just wanted to thank you again. I still can't believe it. If I ever need a lawyer in the future, which I hope I don't, I will definitely keep you in mind.
- Laura Tankesley, Lincoln 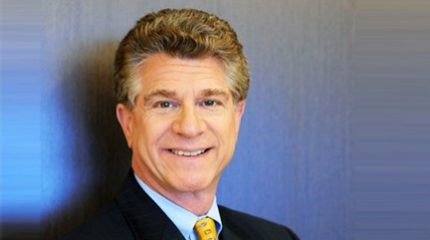 Robert Lazear comes from a family of attorneys. With inspiration and mentoring from a brother, several uncles, and his colleagues, he values honest and straightforward communication with his clients.

Robert clerked for the Minnesota Court of Appeals, where he gained experience on a wide variety of legal issues. After practicing corporate litigation with another law firm, Robert began looking for an opportunity to work with individuals. His driving desire was to make a difference in people’s lives.

Robert joined Schwebel, Goetz & Sieben in 1987 and now specializes in representing accident victims and their families in personal injury, wrongful death, product liability, and complex insurance cases. He practices in both state and federal courts.

Robert has obtained a number of multi-million dollar recoveries for his clients and has been acknowledged in Minnesota’s list of “Top Personal Injury Recoveries.”  He has extensive experience in litigation involving automobile and motorcycle accidents, construction site injuries, and direct actions against insurance companies.  Robert has developed a special interest in representing victims of traumatic brain injuries.

Robert believes that he serves his clients most effectively when he makes responding to their needs, questions, and concerns his number one priority.

Motorcycling, boating, skiing, and outdoor activities with his family