Description:
This case involved an electrician who brought suit against two subcontractors and the general contractor when he was injured on the job site by a falling pipe.

Description:
A commercial airline pilot, age 55, was a passenger in an airport shuttle taking him from MSP to a downtown Minneapolis hotel when the vehicle hit an unmarked depression left by a construction crew on a downtown street. The pilot was thrown upward by the impact, striking his head on the ceiling. He sustained a cervical spine injury and eventually underwent a cervical fusion. His ability to return to flying was disputed. 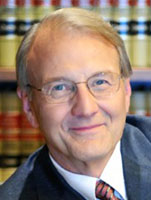 Immediate loss of sensation of all extremities, and eventually regained some movement in his legs and feet, but now suffers from a permanent cervical spine bruise resulting in permanent loss of the use of his hands and only partial use of his arm

Description:
A crane operator moved trusses that had been hoisted to the top of a garage. Upon moving one of the trusses, it bumped another causing it to fall and hit a 42-year-old man with four children on the head, causing bruising of the cervical spine and partial periphrasis of both upper extremities. 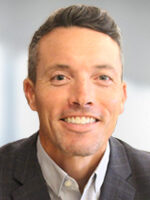 Description:
A 53-year-old woman driving in heavy traffic on the Crosstown Highway in Minneapolis was struck from the rear at moderate speed. Her head struck the steering wheel and she sustained a concussion and a cervical spine injury. She underwent extensive non-surgical medical care. Her ability to work was disputed.