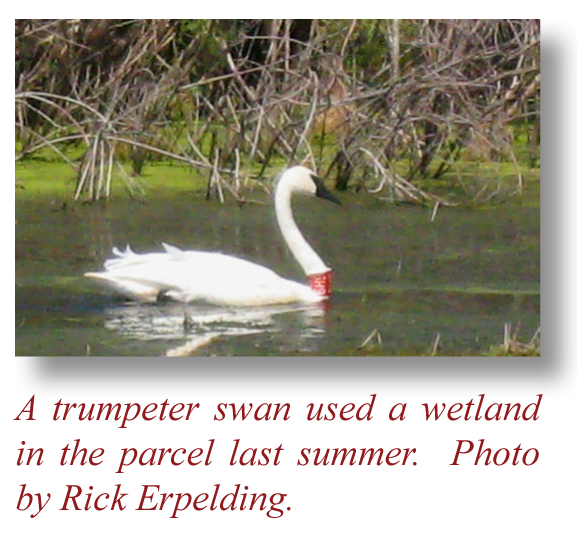 A 553-acre land donation near Albert Lea in Freeborn County, marks one of the largest individual donations received by the DNR. The parcel was donated by John C. Goetz and will be known as the Wo Wacintanka Wildlife Management Area (WMA). Wo Wacintanka means “to persist in spite of  difficulties” in the Dakota language. The site contains remnant prairie, bur oak woodland and several restored wetland basins. The land has tremendous natural resource value including use by trumpeter swans (state threatened species). Most wildlife species common to south-central Minnesota can be found here, as well as less common species including sandhill cranes and bald eagles. Further restoration and preservation is planned for the WMA. The donation will result in nearly $664,000 in RIM credits that can used for future land acquisitions or development of critical habitat elsewhere in the state. A formal land dedication is tentatively planned for spring 2013. This is the first land donation to include a clause on the deed prohibiting the sale of the donated property without the approval of the donor or his heirs.