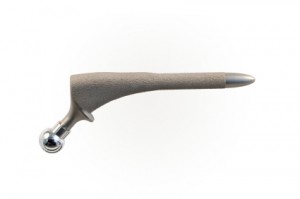 MINNEAPOLIS, MINNESOTA (October 19, 2010) – The Minneapolis law firm of Schwebel, Goetz & Sieben, P.A. is representing individuals who have received defective DePuy hip replacement devices. On August 26th, Indiana based DePuy orthopedics (a division of Johnson and Johnson) recalled the ASR Hip Resurfacing System, and the ASR XL Acetabular system. The hip replacement systems were recalled after the FDA received hundreds of complaints stating that the device had failed shortly after being surgically implanted. 93,000 of these systems have been sold to date, and DePuy has reported that around 12 percent of patients required revision surgery within five years after implementation. British studies released in March 2010 showed that metal-on-metal implants such as the ASR device are potentially dangerous because they can generate large amounts of metallic debris as they wear. The debris can cause severe inflammation in some patients resulting in groin pain, tissue death in the hip joint, and loss of surrounding bone. Some patients have reported additional health problems due to exposure to heavy metals used in the device. At least a dozen suits have been filed in federal courts alleging that the hip replacement device was defectively designed. The suits also claim that DePuy orthopedics knew its hip replacements were failing at a higher rate then expected, but didn’t alert consumers or orthopedic surgeons.