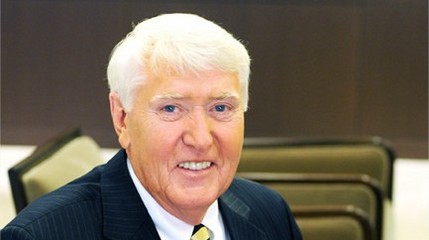 The Minneapolis-based firm has a higher proportion of 2014 Minnesota Super Lawyers than any other personal injury law firm in operation. Founding partner Jim Schwebel said, "Most important, it evidences the dedication that the firm has to the needs of our clients."

William Crandall said of the designation, "I am happy to once again have been named a Super Lawyer for the year 2014. It’s truly an honor to be named for this award by one’s peers."

Super Lawyers employs a rigorous, impartial rating process that incorporates peer reviews, peer evaluations and independent research by Super Lawyers’ staff and associates. The process covers attorneys in more than 70 practice areas and aims to identify the top 5 percent in each discipline. Super Lawyers candidates may be identified by the organization’s researchers, formally nominated by attorneys licensed to practice in their state and informally nominated by clients and attorneys in other jurisdictions.

To be considered for inclusion in the final pool, candidates must have reached an objectively high degree of professional achievement and be recognized by their peers as leaders in their respective fields. According to Super Lawyers, the selection process covers a total of 12 indicators of achievement and recognition in an effort to create "a credible, comprehensive and diverse listing of outstanding attorneys that can be used as a resource for attorneys and consumers searching for legal counsel."

In 2013, the U.S. Patent and Trademark Office issued a patent (U.S. Pat. No. 8,412,564) for the Super Lawyers selection process, solidifying its status as the premier arbiter of legal recognition and professionalism for attorneys and consumers alike.

In addition to its 14 Super Lawyers and two Rising Stars, Schwebel, Goetz & Sieben has 10 attorneys who are certified as Civil Trial Specialists by the National Board of Legal Specialty Certification. More information about the firm is available at www.schwebel.com or by calling (612) 377-7777.